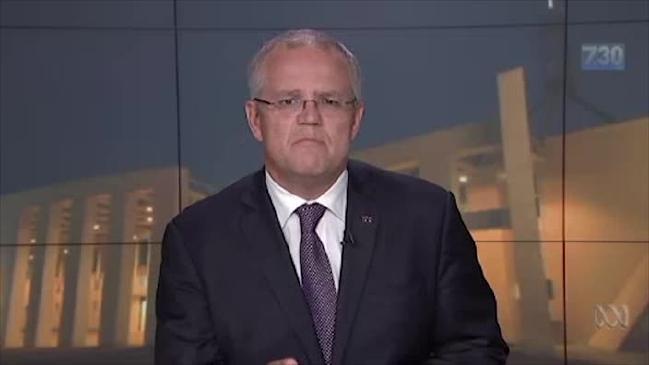 Last night’s budget was notable for its lack of major superannuation meddling for once. So, in the absence of any truly significant changes, we’ve pulled out the key points for you to consider.Pensioners

Older Australians who lost their pensioner concession card by the pension assets test change introduced this year – you will be getting them back.

The Government will make a one-off Energy Assistance Payment of $75 for single recipients and $125 per couple for those eligible for pension payments on 20 June 2017 and who reside in Australia. The payment will be automatically paid in the week commencing 26 June 2017 and is not taxable and will not be counted as income.

Tougher rules on foreign investment in residential real estate by removing the main residence capital gains tax exemption and applying a vacancy charge of at least $5,000 on all future foreign investors who fail to either occupy or lease their property for at least 6 months a year. Though if a foreign investor can afford to leave a property vacant in a major city, we doubt a $5,000 penalty will be much of an impost.

Developers will also be prevented from selling more than 50% of new developments to foreign investors.

Depreciation deductions on plant and equipment will be limited to outlays actually incurred on residential properties. Broadly, these items include mechanical fixtures or those easily removed from the property such as dishwashers and fans. The Government will also no longer allow deductions for travel expenses related to inspecting, maintaining or collecting rent for residential rental property – no more investment property inspection holidays to the Gold Coast!

For small business, a reprieve on the $20,000 write off on capital expenditure that was due to end on June 30, 2017. Small business will be able to take advantage of this write off for another year.

First home buyers will be able to save for a deposit by making additional voluntary contributions into their superannuation account from 1 July 2017. The First Home Super Savers Scheme will enable access to the tax advantages of superannuation with pre-tax contributions and earnings taxed at 15%, rather than marginal rates, and on withdrawal taxed at the relevant marginal rate, less 30% offset. These voluntary contributions plus their deemed earnings can be accessed from 1 July 2018.

Savers will not have to set up a new account, they can just use their existing super account while contributions will be limited to $30,000 per person in total and $15,000 a year. The contributions made will be counted under the relevant contributions caps.

To help the new home buyers find housing stock, the Government is encouraging older Australians, aged 65 or more, to downsize their properties by allowing them to make a non-concessional contribution of up to $300,000 into their superannuation fund from the proceeds of the sale of their principal home.

Importantly, the normal super contribution rules such as work test requirements that currently apply to those aged 65 or older will not apply to these contributions, and they can also be made by those with more than $1.6 million of total superannuation.

To fully fund the National Disability Insurance Scheme, the Medicare levy will be increased by 0.5% to 2.5% from 1 July 2019. The Temporary Budget Repair levy will expire on 30 June 2017 as originally announced in the 2014-15 Federal Budget

Fees on university degrees will be increased by 7.5% to be phased in over four years at a rate of 1.8% each year starting from 2018. These fees can still be covered through the Higher Education Loan Program scheme. There will also be changes to the threshold when the loans need to start to be repaid. The income level at which repayments must start will be lowered from the current level of $54,869 to $42,000.

Finally, there’s never been a better time to quit… The tax on roll your own tobacco and cigars will be increased to be in line with normal cigarettes. This is expected to reap the government $360 million over four years. Let’s be honest, it wouldn’t be a Federal Budget without a smoking tax!

As always, these measures need to be passed through parliament before we see them put into action.

There are a lot of articles available regarding the Budget, we have created a flipboard with articles we found informative. We will be adding more articles of interest over the coming days. Please click here to view our flipboard.

This represents general information only. Before making any financial or investment decisions, we recommend you consult a financial planner to take into account your personal investment objectives, financial situation and individual needs.
Please follow and like us: