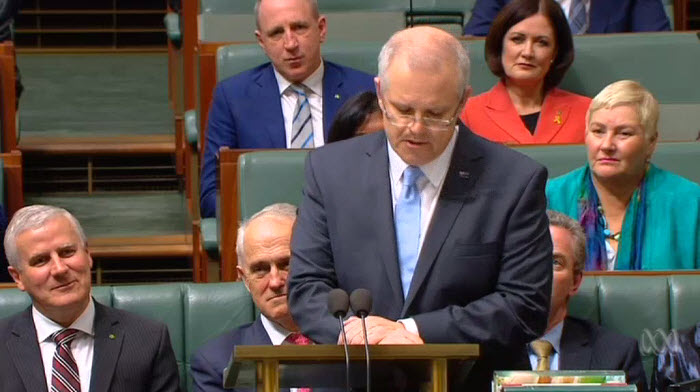 Last night’s federal budget stood out on a tax perspective and there were a couple of other positives to be found. Importantly, we’ve just clocked two consecutive budgets without major superannuation meddling. And the super changes we did get were positive.

The Pension Loans Scheme will be opened to all Australians over 65, including full rate pensioners and self-funded retirees, so they can boost their retirement income by up to $11,799 for a single and $17,800 for a couple without impacting on their eligibility for the pension or other benefits. Essentially a reverse mortgage, anyone over the retirement age can now access equity in their homes without selling.

Repayments of the loan generally occur from the sale proceeds once the house is sold however it can be repaid at any time. Ironically, last year the government was offering downsizing incentives to home owners over the age of 65.

An expanded Pension Work Bonus will be implemented to allow pensioners to earn an extra $1,300 a year without reducing their pension payments, whereas the bonus will be extended to self-employed individuals who can now earn up to $7,800 per year.

The Government will increase the number of home care places for elderly Australians by 14,000 over 4 years at a cost of $1.6 billion, whereas $146 million will be provided to improve access to aged care services in rural, regional and remote Australia.

From July 1, 2019, insurance within super will move from an opt-out to an opt-in model for members with balances of less than $6000, members under the age of 25 and members who have not received a contribution in the past 13 months.

For young people this is important, as we all know the most powerful gains will be made by the earliest dollars saved, so any dollar saved and compounded will provide a significant benefit down the line. Obviously, there will have to be some consideration given as to when is appropriate to opt back into insurance coverage.

From 1 July 2019, members aged between 65 and 74 who have super balances below $300,000 will be able to make voluntary contributions in the first year that they do not meet the work test requirements.

Government will deny deductions for expenses associated with holding vacant land. This is an integrity measure to address concerns that deductions are being improperly claimed for expenses (such as interest costs) related to holding vacant land, where the land is not genuinely held for the purpose of earning assessable income. The restriction won’t apply to any expenses incurred after construction begins on the vacant block or any land being used by owners to carry out business, such as farmers’ crops.

Developers will also be prevented from selling more than 50% of new developments to foreign investors.

The Government extended the $20,000 instant asset write-off for another 12 months to June 30, 2019, something they did at last year’s budget. The initiative was initially introduced in the 2015-16 budget.

The government will also keep the Medicare levy at 2 per cent, instead of increasing it to 2.5 per cent from July 1, 2019 as previously planned.

The Government wants to deliver tax relief to lower and middle-income Australians, which it says will benefit more than 10 million people. The most immediate measure will be changing the low-income tax offset (LITO). From next July, those who earn up to $37,000 will see their tax bill reduce by $200. This will be felt at tax return time with a refund.

Bracket creep will also be addressed in stages.

Treasurer Scott Morrison says the plan will mean 94 per cent of Australian taxpayers will pay no more than 32.5 cents in the dollar.

A new $10,000 limit for cash payments for goods and services from July 1, 2019. The government also aims to raise $3 billion over the next four years by funding new mobile strike teams, increasing audit presence to crack down on tax avoidance and money laundering.

Young people from regional, rural and remote communities enrolling in university courses will find it easier to get access to Youth Allowance payments while they are studying away from home. Eligibility for these payments is based on parental income. The threshold and assessment period for that eligibility test will change so that students whose parents earn up to $160,000 will now be eligible for support.

That threshold increased by $10,000 for each child in the family unit, and will now be calculated for the financial year before the student begins independent study (that is, studying while living away from the family home).

We’ve been hearing the one about forecast surpluses from governments of all stripes from years. We have no comment on this one beyond our longstanding commitment not to pay any attention to forecasts.

Finally, smokers will get hit again. The government announced a crackdown on tobacco smuggling, meaning tobacco importers will be paying excise at the point of importation. Expect that to be passed on in the price. Does anyone still smoke?

As always, these measures need to be passed through parliament before we see them put into action.