It was a mixed quarter and economic data reflected that. Developed markets making small gains while emerging markets fell. The US-China trade dispute rumbled on, as did global growth concerns, but central banks remained supportive with the US, Australian and European Central Banks cutting interest rates throughout the quarter.

US economic data was mostly stable. Unemployment held at 3.7%, with wage growth in August stronger than anticipated. However, new non-farm job additions were lower than expected in August, at 130,000 versus predictions of 158,000. Consumer confidence also weakened. The US yield curve inverted, a phenomenon which often precedes recession and, in this instance, led to significant hyperventilating in the media.

Despite the ebb and flow of optimism over a trade war resolution, any concrete plans to solve the ongoing US-China dispute remain elusive. Increasing speculation over possible impeachment proceedings for President Trump added to uncertainty. 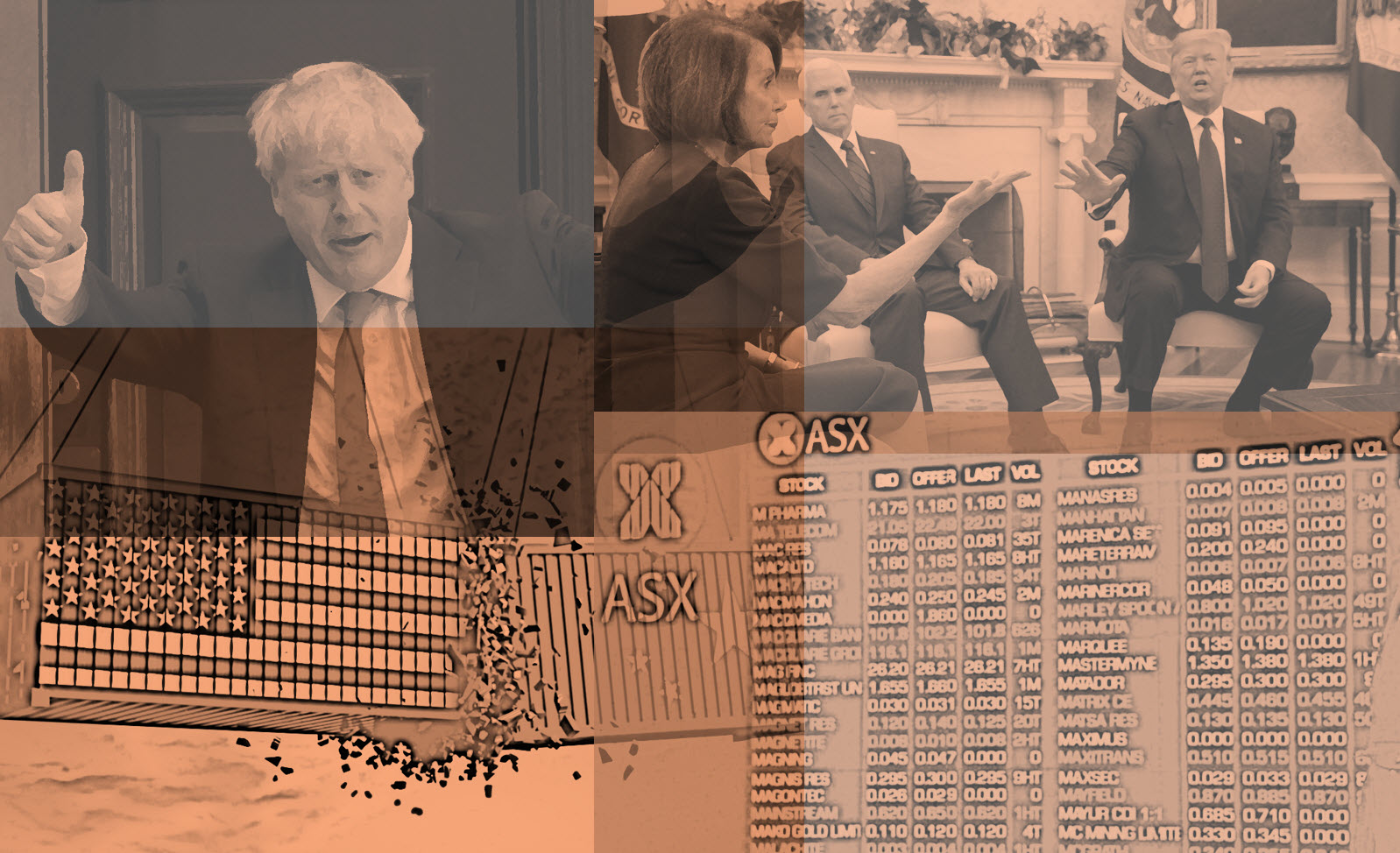 In the Eurozone, economic data remained lacklustre with confirmation that the economy expanded just 0.2% in Q2. Annual inflation was 1.0% in August, compared to 2.1% in the same month in 2018. Speculation over the possibility of further stimulus dominated, and in September, the European Central Bank (ECB) took steps to boost the economy. Measures taken included restarting quantitative easing and committing to buying assets until its inflation target is reached.

In the UK, Brexit and domestic political uncertainty remained elevated. Boris Johnson took over as the UK’s new prime minister on a “do or die” pledge to achieve Brexit. He followed this up by saying he’d rather be “dead in a ditch” than ask the EU for an extension to the country’s EU departure date. However, legal developments increased expectations that a “no deal” exit on 31 October would be averted.

In Asia, Chinese authorities announced fresh policy support in response to domestic weakness. Meanwhile the US announced new tariffs on $300 billion of goods imported from China which did not already face a levy, some of which took effect in September. In South Korea, a trade dispute with Japan weighed on sentiment somewhat.

In Australia, east coast house prices began to stabilise after a series of interest rate cuts from the Reserve Bank in conjunction with a relaxation of mortgage lending rules. However inflation remained subdued along with consumer spending. Recent tax cuts, coupled with lower interest rates, have seemingly had little impact encouraging consumers to spend. Policy response remains muted as the Federal Government remains focused on a budget surplus.

The following outlines the returns across the various asset classes to the 30th September 2019.

US equities posted modest gains in Q3, despite ongoing growth concerns and never-ending uncertainty surrounding US-China trade. Utilities, real estate and consumer staples were amongst the quarter’s better performers. Energy and materials were weaker areas of the market, given expectations of a more challenging demand environment. Healthcare remains a matter of heated debate in the run-up to the 2020 US presidential election, and the political sensitivity caused the sector to lag the market.

Eurozone shares made gains in the quarter. Amid ongoing worries over trade wars and global growth, the best-performing sectors included utilities, real estate and consumer staples. Underperformers over the quarter were energy and consumer discretionary. However, the market saw a rotation in September with financials, which had previously been out of favour this year, leading the gains.

UK equities recorded modest gains in what was a mixed quarter. Amid concerns about the world economic outlook, many investors favoured assets perceived to have defensive qualities. These included so-called “quality growth” companies which are characterised by their superior and defensible earnings growth. In contrast, many economically sensitive areas of the market performed poorly, including the UK’s heavyweight financial and commodity sectors. 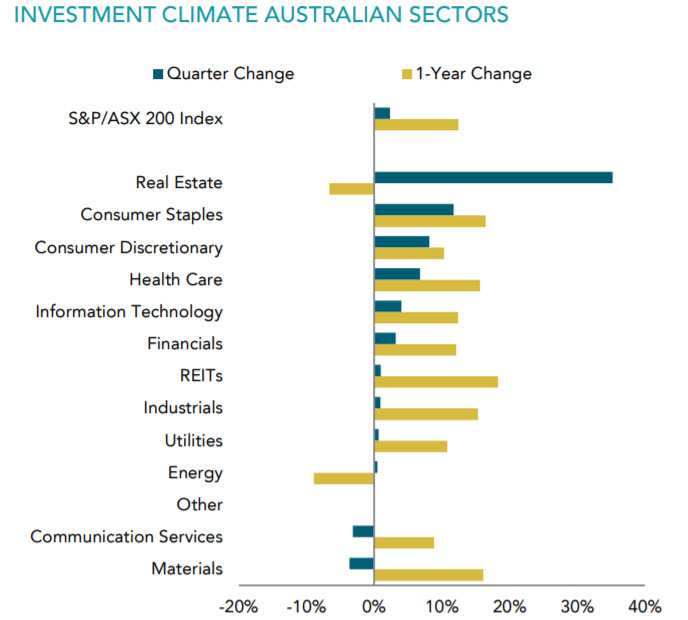 Emerging market equities were down as US-China trade tensions escalated and concerns over global growth continued to mount. The MSCI Emerging Markets Index decreased across the quarter also underperforming against the MSCI World index.

Back in Australia, an interest rate cut left cash returns at almost negligible levels, though still better than negative rates elsewhere. All other asset classes provided positive returns for the quarter with unhedged global shares and global real estate offering the strongest returns. The performances of the major iron ore miners such as BHP, Rio Tinto and Fortescue were weaker in Q3, as the previously booming iron ore price fell. Most notable was a mid-quarter pullback on US ‘recession fears’. After a two-week tumble in August, a recovery quickly followed and by mid-September, Australian shares were above their quarter starting point. Once again, proving short term noise is best ignored.