If you are old enough, you’ll remember him winning Wimbledon as a 17-year-old. Three decades later you may have heard the news about him going bankrupt as a 49-year-old.

The man in question is Boris ‘Boom Boom’ Becker. In the wake of his bankruptcy there have been lifetime earnings figures tossed around from the tens of millions to just over 100 million. While the exact figure remains unclear, it is clear he earned a lot and a lot of that money has now departed. 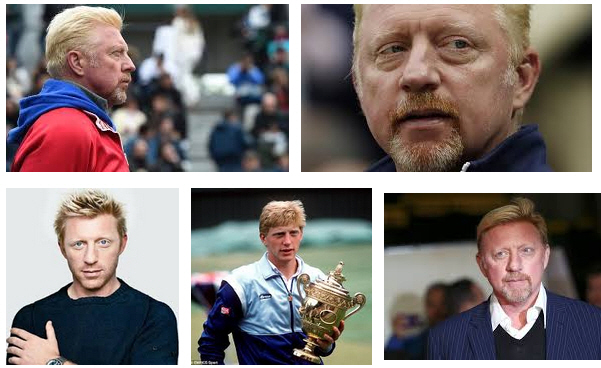 Like Johnny Depp earlier in the year, it seems Becker’s financial decision making isn’t the best. Although we’ll defer on casting too much judgement on Capt. Jack Sparrow, as there’s some conjecture about missing funds. Though if that’s the case, it does prompt the reminder – get good advice!

In Becker’s case, it appears he’s prepared to accept he’s the architect of his own demise, but like all these stories there seems to be some poor investment advice.

Now there are the well reported stories about his luxury lifestyle and his wandering eye, which resulted in multiple financial settlements and large child support payments. There were also his noted problems with German tax authorities whether his residence was in Germany or Monte Carlo which also resulted in a fine in the millions – clearly something that also required some good advice.

However, something not reported in English language media, but reported in Germany, was back in 2013 Becker had apparently been investing in the Nigerian oil and gas industry.

Nigerian prince jokes aside, Becker was said to have holdings of $10 million in just one of the investments.

The oil price has taken a very negative turn in the years since 2013 and Nigeria isn’t noted as the most stable of investment destinations. It has suffered constant interruptions to its oil production and export capacity due to an ongoing conflict with the Niger Delta Avengers bombing their oil and gas facilities.

There’s no mention of how long Becker held any of these investments, but given his track record in other financial matters and the state of the oil industry in Nigeria, we could assume they also didn’t turn out well.

Becker had found himself holding this exotic and volatile investment mix thanks to advice from an associate. The associate in question had links to a Canadian investment bank with a focus on oil and mining.

We’ve noticed over the years that that celebrity associates, managers and advisers never seem to recommend basic portfolios!

But what if Boris had done something else with his money? Let’s take the hypothetical scenario of Warren Buffett’s 90/10 portfolio, with 90% in the US S&P 500 and 10% in fixed interest. It’s certainly not our ideal, but it’s easy to construct and Boris is a man of the world so maybe he wouldn’t mind a US based portfolio.

Going back to 1985, after winning Wimbledon, Boris gets his winner’s cheque of £130,000 British pound and decides to invest. Take off 50% for his taxes and other expenses (yes, we know he’s not noted for paying taxes) and Boris is left with £65,000. We’ll invest in US dollars for him and given the exchange rate at the time it would give him $91,000 to invest. 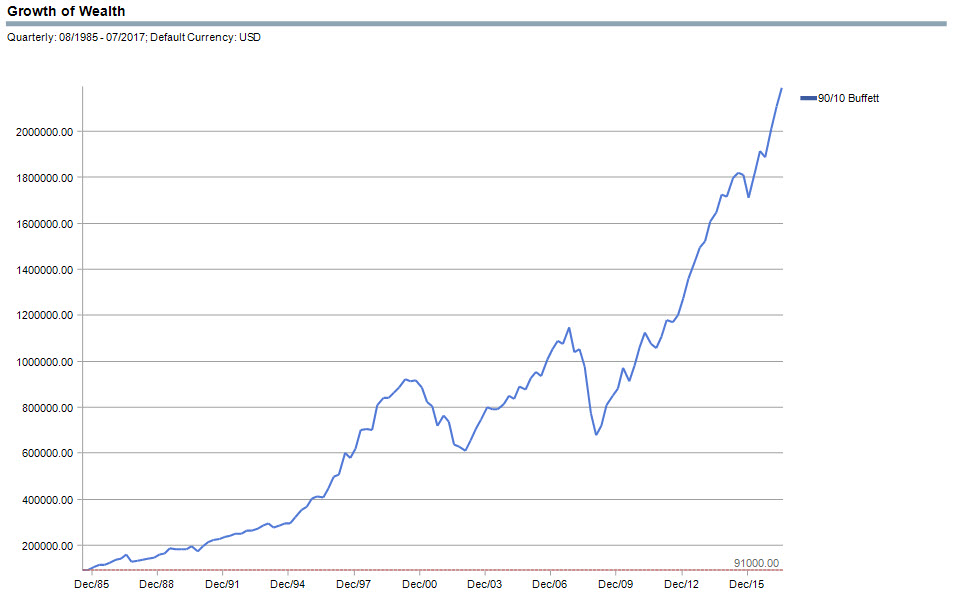 Half of that Wimbledon winner’s cheque in 1985 (a fraction of his reported career earnings) would have grown to $2.289 million by July 2017. You could only imagine his wealth had he made more choices like this over his career.

During bankruptcy proceedings held recently in London, Becker’s lawyer, told the court: “He is not a sophisticated individual when it comes to finances.”

And it seems some of Becker’s advisers and associates were a little too sophisticated for his own good! Markets in developed economies have long offered decent risk/return opportunities, there’s no need to hunt exotic deals in extremely volatile provinces!