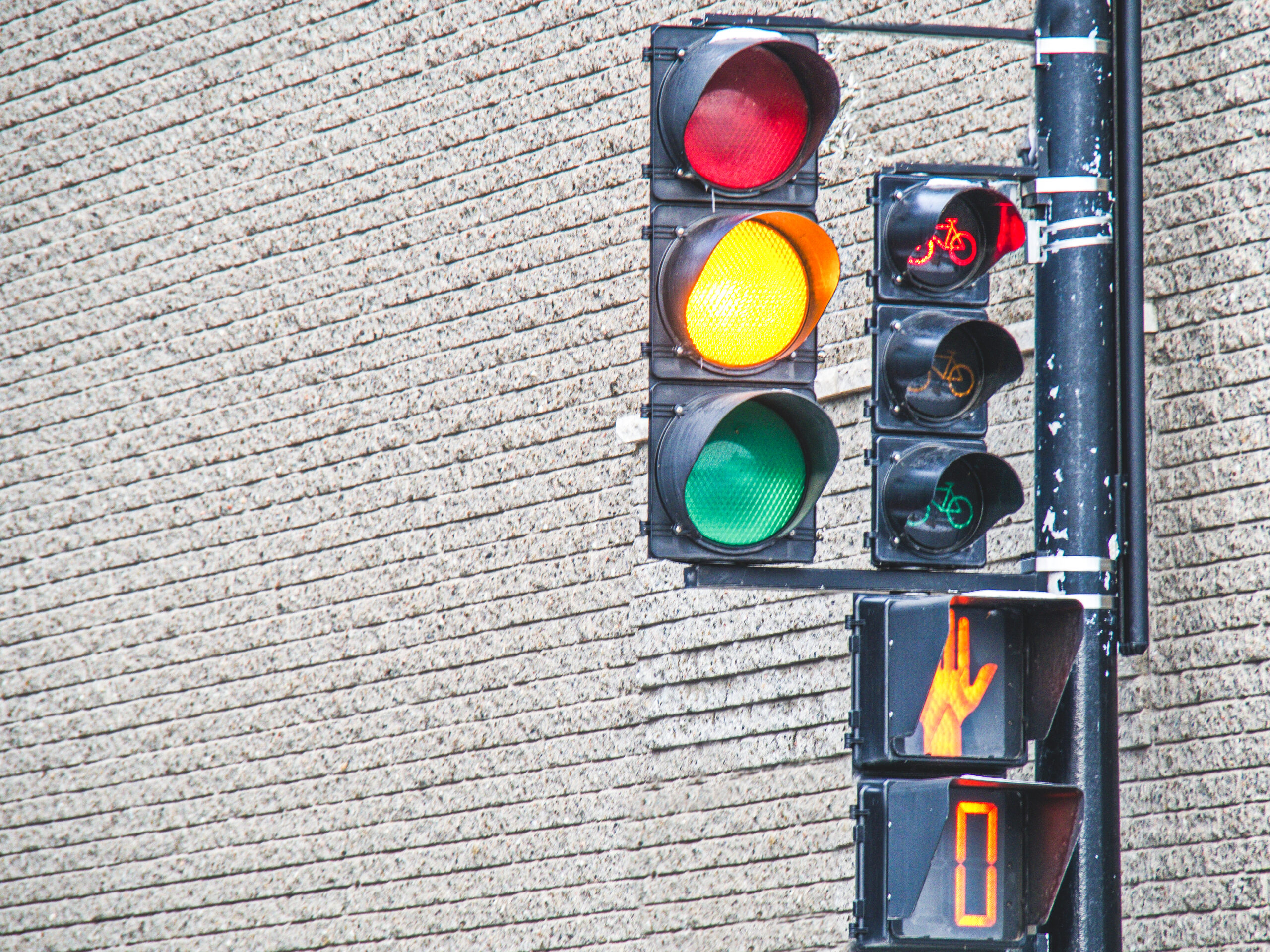 A great relationship, a newborn son, and a successful career as an actor. In 2008, Matthew McConaughey was feeling pretty good about his life in California. Then an unexpected family health emergency took him back to his home state of Texas.

Of all places, McConaughey and his young family ended up renting a home in a retirement community to be closer to his mother. There he found a motley group of retirees who lived life without pretence and offered plenty of unsolicited advice about good living. The family emergency, the newborn and the experience with the seniors had him reconsidering one part of his life. Namely his career.

McConaughey was mostly known for being an actor in romantic comedies or roles where he got his shirt off at the beach. It paid well, but he was starting to find the whole experience boring. He needed a challenge and the acting roles he thought would challenge him weren’t coming his way. It was time to hatch a plan to change his career. This meant turning down all those lucrative romantic comedies. Not only did it mean forgoing a lot of money. Sitting out of acting in Hollywood could end up being career suicide. There are plenty of other hungry actors ready to step into those roles.

For a year, McConaughey continued to reject offers to act in romantic comedies, but they kept coming. Then one lobbed in for $5 million, only two months work. He declined again and explains in his book Greenlights what happened next:

Then they offered $8 million. Nope. They then offered $10 million. No, thank you. Then $12.5 million. Not this time, but…thanks. Then $14.5 million. Hmmmm…Let me reread it. And you know what? It was a better script. It was funnier, more dramatic, just an overall higher quality script than the first one I read with the $5 million offer. It was the same script, with the exact same words in it, but it was far superior to the previous ones. I declined the offer. If I couldn’t do what I wanted, I wasn’t going to do what I didn’t, no matter the price.

While McConaughey was on a self-imposed exile from the film business, fellow actor Nicolas Cage was looking to ramp his work up. Cage was hit with federal tax liens by the Internal Revenue Service after he had failed to pay over $6.2 million in taxes for 2007. Cage was also hit with further liens for unpaid taxes from 2002-2004. At one point, Cage was one of the highest paid actors in Hollywood. Not long before the IRS started hunting him, he starred in the blockbuster National Treasure: Book of Secrets which grossed over $450 million worldwide.

Cage’s career over the next decade took a very different trajectory. The blockbusters started to fade away and they were replaced with many poorly reviewed and lower budget movies that seemed out of character for the Academy Award winner. CNBC hinted at the problem in 2017, “Cage is taking roles left and right to help pay off his debts.”

As Cage explained to the New York Times in 2019:

I can’t go into specifics or percentages or ratios, but yeah, money is a factor. I’m going to be completely direct about that. There’s no reason not to be. There are times when it’s more of a factor than not. I still have to feel that, whether or not the movie around me entirely works, I’ll be able to deliver something and be fun to watch. But yes, it’s no secret that mistakes have been made in my past that I’ve had to try to correct. Financial mistakes happened with the real estate implosion that occurred, in which the lion’s share of everything I had earned was pretty much eradicated.

It took twenty months of Matthew McConaughey saying no for things to change. In that time, he and his wife had another child, while he stayed out of the public eye and continued to live life. Just without doing his old job. Suddenly, at the twenty-month mark, he was rebranded. That time out of the limelight, turning down everything, had worked its magic. Different movie roles started coming in. More dramatic roles he was interested in. Plenty of choices.

How did Matthew McConaughey have the luxury of putting up a redlight to everything he didn’t want to do, while Nicolas Cage ended up needing to greenlight everything that came his way?

As McConaughey formulated his plan to change his career, he went to his financial adviser to find out if it was possible. Could he and his family still live the life they were accustomed to? His financial adviser, Blaine Lourd, informed McConaughey he’d saved well, and he should do what he needed to do. While that’s the extent of what we know about their relationship, McConaughey goes so far as to thank Lourd at the end of his book “for the extra zeros”.

In contrast, Nicolas Cage filed a lawsuit against his business manager, alleging fraud and that he had “lined his pockets with several million dollars in business management fees while sending Cage down a path toward financial ruin.” Cage claimed the manager had failed to pay his taxes and put him in speculative and risky real estate which resulted in catastrophic losses meaning he had to “sell major assets and investments at a significant loss.”

Cage’s business manager countersued, suggesting Cage had been on a “spending spree that included two castles, 15 palatial homes, a flotilla of yachts and a squadron of Rolls Royces.” Cage apparently also bought many exotic items, including a dinosaur skull which was later found to be stolen from Mongolia.

Given both lawsuits were later dismissed we won’t know the true extent of any alleged mismanagement, nor Cage’s overspending. What we do know is something about Blaine Lourd’s values. A 2007 article chronicled Lourd’s frustration working for a succession of investment firms he realised were only interested in ripping off clients:

He told his clients he shouldn’t pick stocks for them or dump their money into actively managed mutual funds. Instead, he’d put it all in index funds. For this service, he took an annual fee of 1 percent of their assets. “It was working great,” he says. “Everyone was happy. I was happy. The clients were happy.” A.G. Edwards was not happy. Blaine was still generating profits for his firm. Of the 6,000 A.G. Edwards brokers, he still ranked in the top 30. But for every dollar that passed through his hands, he was slicing off a surprisingly small piece for himself and A.G. Edwards. This brought a letter from the head of sales, saying that while managers appreciated how much revenue he generated, they wanted to see him generate 10 percent more. They want me to churn these accounts, he thought.

Eventually Lourd gave up in disgust and started his own firm:

His job, as he now defines it, is to tell investors that the smartest thing they can do is nothing. He acts as a brake on, rather than an accelerator for, their emotions. And every now and then, someone asks the question, ‘Why do I need you, Blaine? What are you doing?’ And I say, ‘Howard, be careful or I’m going to send you back to Smith Barney.’ And they laugh. But they know exactly what I mean.”

As the advice to McConaughey might show, Lourd caters to a fairly exclusive clientele. Which may prompt the question, along with the story about two movies stars, “how does this relate?” Firstly, Lourd uses a similar investment strategy as us and our likeminded colleagues. You can’t beat markets, you’re better off working with them based on well understood principles. It’s one of the few times we’ve had an insight into the fact that rich and famous people can be successful with a very simple investment strategy.

And behaviourally we all face the same challenges. Lifestyle inflation. Who to trust with our money? Overestimating how long things can stay good for. The behavioural issues faced may be worse for movie stars. There’s much more free time, hangers on, and exposure to opportunities and experiences that can separate them from their money. Finding a good adviser and being coached how to focus on the basics may be even more important.

The end result is being able to make choices. As McConaughey and Cage’s stories can attest. While both are still successful actors, their career options were materially affected by their finances. Good advice may be the difference between being able to say no and having to say yes.