In a World of Reactions Be a Belichick

If you’re a fan of confusion and violence and have a spare four hours up your sleeve one day, you may want to sit down to watch a game of American football. For an Australian it might be somewhat of an acquired taste, but the NFL season starts again soon in the US, if you’re up for it.

While for the uninitiated the ‘confusion and violence’ may be an apt initial description, the truth is the game is quite an intricate exercise in gaining position on a field through the use of enormous men in helmets and padding as chess pieces. What’s underneath all those players crashing into each other is a series of plays that look like this. 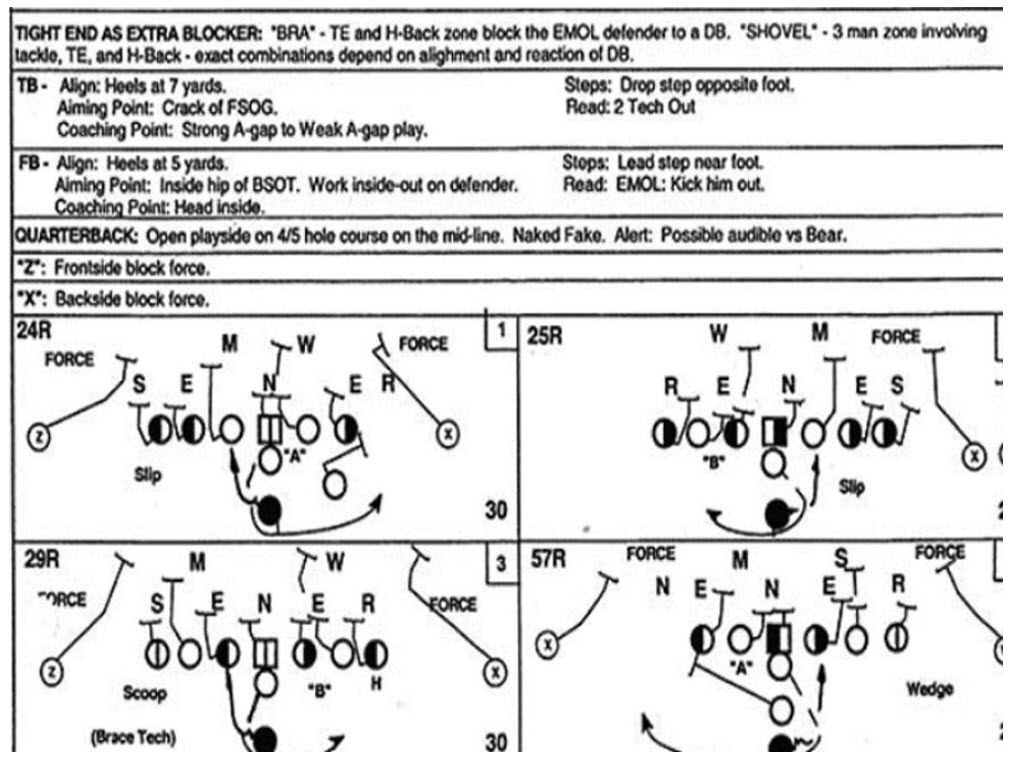 There’s an incredible amount of planning that goes into this. In some NFL playbooks there’s up to 300 pages of these complexities and the players need to memorize everything relevant to their position. On the sidelines the coaches will be evaluating the state of play, maybe calling the plays, but often that’s done by, or in conjunction with an offensive coordinator up in a box, somewhere in the stands.

And the planning doesn’t stop there. For some teams the first 15-25 plays on their offence may be scripted. Essentially, they’ve been planned out during the week and practiced multiple times, so the players have experience in what they’re doing. It also lessens the decision making on coaches. Unless an unusual situation arose that called for deviating from the script. They then may switch to another list of plays for an encountered scenario, before returning to the scripted list.

The late Bill Walsh, who coached the San Francisco 49ers to three Super Bowl victories, is credited with coming up with this approach.

As Walsh said when interviewed by the New York Times in 1996, “Scripting is planning; it’s contingency planning. The fewer decisions to be made during the game, the better. You don’t want to live by your instincts.”

And Walsh on the importance of having a plan when things haven’t gone as expected, “If things aren’t working, you can lose your nerve. The script makes you stay in the game plan and make it work. I often did the first 25. So, I did less thinking in the early stages of the game and I’d be less nervous.”

As the 49ers General Manager John McVay said of Walsh’s approach, it was “playing the game before the game”.

If a coach is prone to emotional swings or losing their cool when a play goes against them, you can understand why the scripted approach would be of benefit. Another former 49ers head coach, Jim Harbaugh was possibly the gold standard in either celebrating or losing his cool, as numerous animated gifs floating around the internet will attest.

The antithesis of Harbaugh is New England coach Bill Belichick. If stoicism can be linked with success he’s the coach to look at. As a head coach Belichick has won 5 Super Bowls and made 8 trips to the championship game, the best record of any NFL coach in history. This is how Belichick celebrates scoring.

Likewise, you’ll rarely see Belichick raging at referees or even reacting on the sidelines. As he explained to NBC, with the play done his mind has already moved on, “I’m really happy when we score. But there’s a decision that’s gotta be made on the next play and the next play and the next series. Now the game’s changed, whether we narrowed the gap or widened the gap, whatever it is. Then there’s something that has to be done going forward. That’s really a big part of my job.”

Planning and mental discipline play a huge part in coaching in the NFL, after all it’s a serious business, no different to managing wealth and investing. Just like the NFL, with a plan in place and an understanding of what you’re going to do ahead of time, as an investor you’ll be giving yourself an enormous advantage.

If markets are euphoric, your portfolio is out of balance and you’ve got a plan, you’ll know it’s time to realign. No need to let that euphoria drive your decision making if there’s a scripted play in your pocket with guidance.

Similarly, markets will correct, but they’re rarely fatal events. They present opportunities if you’re looking to buy. If there’s a plan in place you can react like Bill Belichick and not Jim Harbaugh. Knowing it’s time to move your focus to the future and not the past.

Make decisions ahead of time and with clarity, or in other words play the game before the game. Your finances will thank you.