A few years back we wrote a story on the ASX 200. As we said at the time “it’s often referenced, but few of us know what’s behind the number that’s quoted on the nightly news.’

You might call the ASX or any other equity index somewhat of a living entity, it’s hopefully growing, but it’s definitely evolving. Equity indices will rebalance throughout the year, shedding some securities and replacing them with others.

On the ASX the rebalancing occurs on a quarterly basis, while at any time throughout the year there can be a deletion due, usually due to a merger. To make it in, the company or security needs to have an adequate market capitalisation over the previous six-month period – being within the largest 200 (give or take) securities on the market, while also meeting liquidity requirements.

In the 18 months between this story and the last one there’s been just over 40 additions with an equal number of deletions.

As with last time, by sector the financials make up the largest single part. Though as opposed to March 2016, their weighting has changed from 36% to 30% of the total. 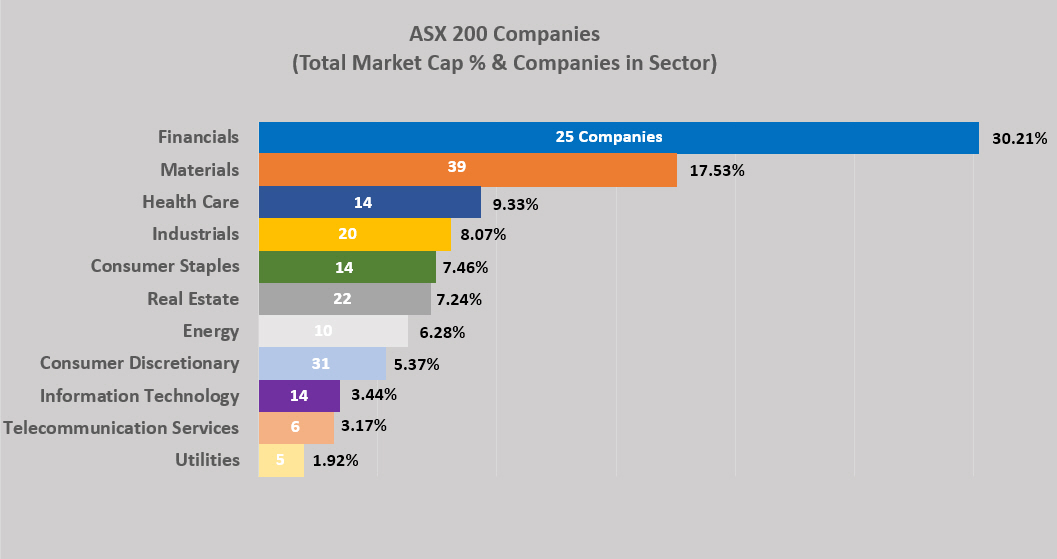 As for companies as a whole, there are a few changes in the largest companies. Previously Commonwealth bank comprised just over 9% of the total index weight. Now that’s fallen to 7%. It’s a similar story for the big four as a whole, no longer do they comprise the largest four listed companies on the ASX 200. BHP and CSL have bumped ANZ and NAB from the top four, while BHp has bumped Westpac from second largest to third.

In terms of market capitalisations, the banks haven’t really given up a lot. It’s $7 billion off Commonwealth, but it’s BHP and CSL which have increased their market caps significantly to push the other banks aside. 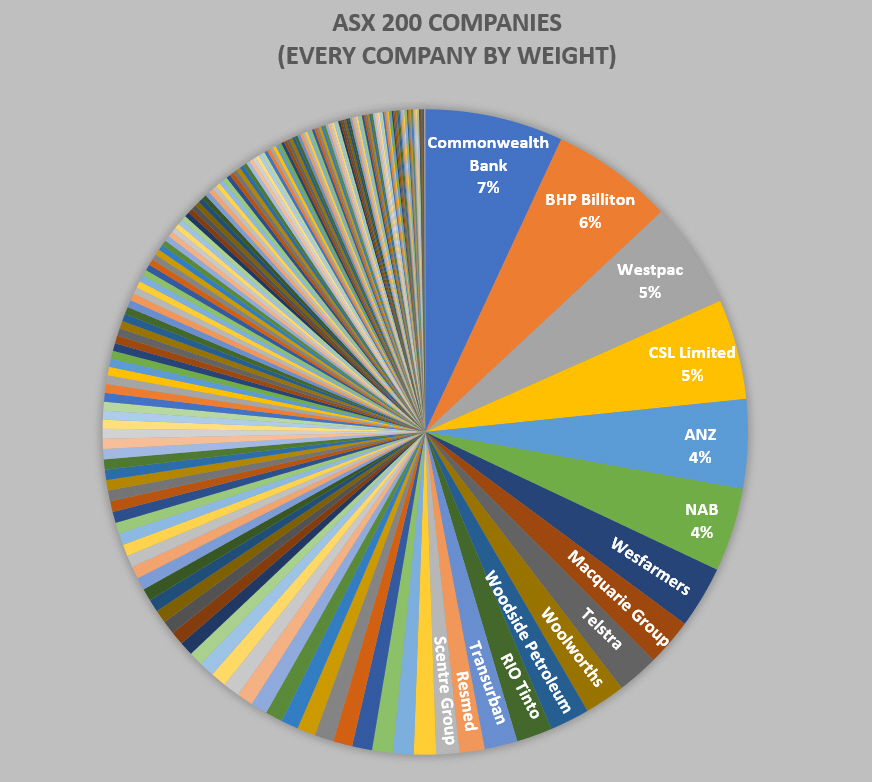 Another casualty was Telstra. It was the fifth largest company in 2016, owing to some of its recent troubles it’s now fallen to the ninth largest. Losing around 26 billion from its market cap.

The barrier to entry is also higher in 2018 as you’d expect it to be, given the market is significantly than it was 18 months back. The smallest market cap in March 2016 was $304 million, it’s now $564 million. Also, back in 2016 Commonwealth was so large its market cap was bigger than the 104 smallest companies, by October 2018 it could only swallow the 83 smallest companies.

So the biggest aren’t getting bigger, but smallest are catching up.

What’s to be learned here? As always diversification. 40 securities departed for various reasons. How does anyone know ahead of time who will be coming or going, while the banks went nowhere, but the ASX 200 continued to grow.

Our words from last time continue to ring true though. Diversification is more than just one country or one index. Here, we’re still significantly dominated by our banks. It’s important to look beyond our shores because capitalism is still doing its best to provide growth around the globe.