Planning Still The Only Miracle Cure

Good news came last week in the form of another miracle anti-aging cure. Sadly, the buzz kills at ABC’s Media Watch were quickly on the case. Reminding us it was just another “years away, only tested on mice, not yet even applicable to humans” story that had been pumped up by excitable journalists.

Moving on and it’s another week with another cure. This week there’s good news on stopping dementia – sadly and again, it was only great news for the mice community. With human trials at least five years away.

If you haven’t taken the hint in the first two paragraphs – we’re still a long way from dealing with our inevitable physical and cognitive declines. Australians live to about 82, but that’s the average with many pushing on beyond that age. When you’re assessing your long-term prospects, you need to accept the older you become the less durable you’ll become.

Take the prevalence of dementia in those 60 and above. 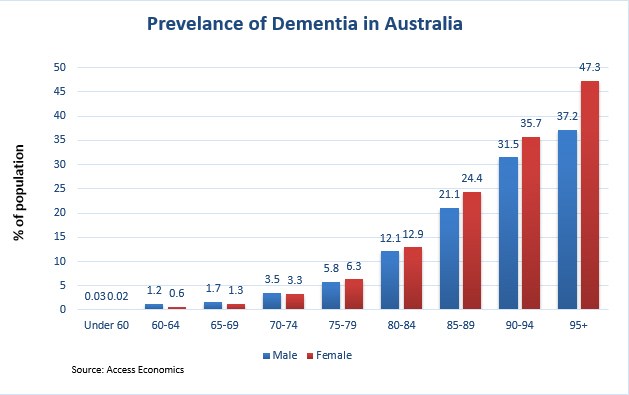 If you’re a “it won’t happen to me person” you may well be right, but the odds aren’t good because studies in the US have found, even without dementia, 16% of those over 70 will have some form of cognitive impairment. For those over 80 the figure rises to 29% and if you’ve made it to 90 without dementia the likelihood of some other form of cognitive impairment is 39%. 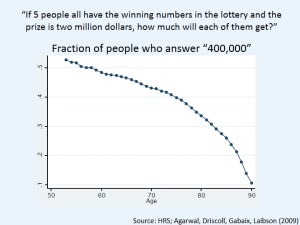 The interesting part, according to a paper from the National Economic Bureau of Research, our minds are at their financial peak in our early 50’s. This is due to our increased levels of crystallised intelligence which relies on skills, knowledge and experience to make decisions. This could be seen as a positive and a negative given the sharp cognitive decline thereafter. We may well use that financial peak to recognise the importance of getting our affairs in order financially. Alternatively, we may be lulled into a false sense of security, assuming we’ll always be fit to handle things ourselves.

There’s a few lessons here. And we rarely want to hear them or act on them.

Conversations need to be had in advance about the inability to make decisions regarding finances. When it’s too late to plan it’s truly out of your hands and out of the hands of those you’d want making legal decisions. Having a power of attorney professionally drawn up to protect against this should protect assets, minimise family conflict and ensure your financials are dealt with according to your wishes.

And ensure the party appointed as power of attorney is a wise choice. The other thing we’d rather not hear – the most common form of elder abuse is financial abuse by family members.

As with aging there’s no miracle cure for jerks in the family.