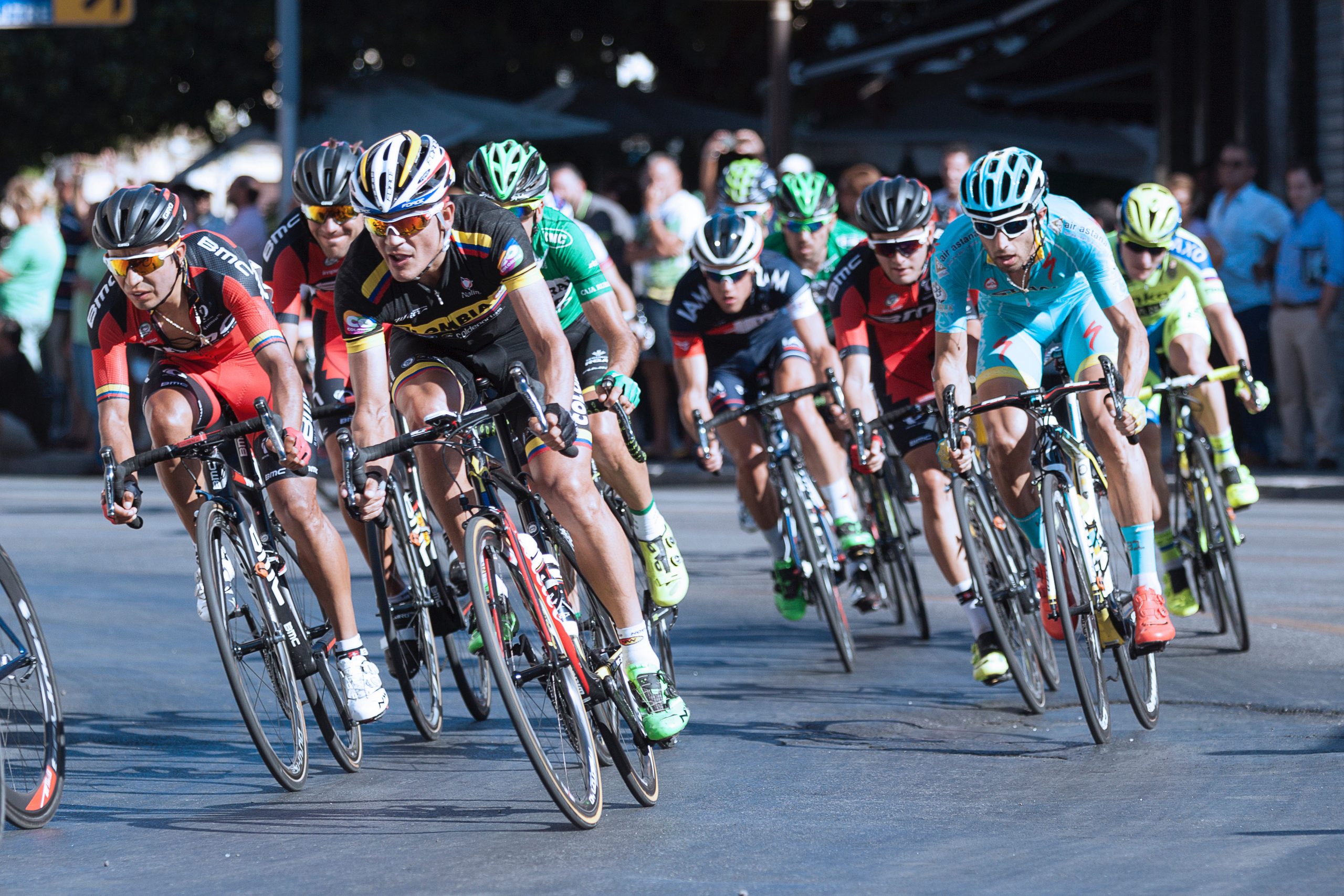 In 1998 the Tour de France was in dire straits.

A car belonging to the Festina team was stopped on the French-Belgium border. The boot was full of performance enhancing drugs. What followed were police raids and arrests. It culminated with the Festina team being booted off the Tour. Other riders and teams were outraged and protested at their treatment. Fans were livid. Booing and jeering at every turn of the pedal.

1998 was a dark stain on the history of the Tour de France.

In 1999, a new story quickly emerged to blow away the dirt. A man who had overcome cancer.  Lance Armstrong. Just his reappearance was inspirational. A great story. But then he took the lead in the prologue. An even better story! He relinquished the leader’s Yellow jersey on Stage 3, but by Stage 8, Armstrong was the overall leader again. He led for the rest of the race and won.

The media latched onto Armstrong’s inspirational story. Not only had he beaten cancer, but he’d recovered to win one of the world’s most gruelling sporting events. It fed into the narrative that 1999 was the ‘Tour of Renewal’ after the shame of 1998.

Never mind that Armstrong’s performances after cancer didn’t remotely line up with his previous results. Yes, he had notched some success and was a talented junior athlete, but Armstrong was never so consistently strong, especially in some of the areas he was now dominant. However, wherever you looked there was an excitable media person with a narrative explaining why Lance Armstrong was such a phenomenal athlete.

Some even delved into Armstrong’s physiology. One TV documentary named the ‘Science of Lance Armstrong’ attempted to explain why Armstrong’s body performed at a higher level or more efficiently than a normal human. In hindsight, it looks ridiculous. Many of Armstrong’s physiological advantages were easily explainable by prohibited drugs or blood doping.

Despite widespread belief in Armstrong’s story, some weren’t buying it.

French cyclist Christophe Bassons was hounded off the 1999 Tour after noting Armstrong’s amazing performances and the abnormal speed of the tour. Irish journalists Paul Kimmage and David Walsh were immediately suspicious. They tirelessly investigated Armstrong, his doctor and his US Postal team. David Walsh is often credited with being the most dogged pursuer of Armstrong and the man who brought him down. There is a little more to it, but that’s the perception.

It took some time, but by 2010 Armstrong was under investigation by the US Justice Department. The game was almost up. At this point, a new story in professional cycling emerged to blow away the dirt, Team Sky. Team Sky emerged out of British Cycling’s come from nowhere success at the Olympics. It was led by team manager Dave Brailsford. As the Guardian notes, they arrived on the scene with a strong message behind them.

The team was created in 2010 with an ethos of total transparency and zero tolerance for drugs, an antidote to the two decades of cheating and doping in the peloton that had gone before.

What better message from a new team as the Lance Armstrong story was heading towards its conclusion? Team Sky were quickly successful. Multiple stage and race wins in 2010. Reaching podiums of Grand Tours in 2011. In 2012 Sky rider Bradley Wiggins won the Tour de France. With Wiggins injured in 2013, Sky’s Chris Froome won the Tour de France.

Quick success in cycling inevitably brings scepticism. Luckily, Sky and Dave Brailsford had some aces up their sleeve. Brailsford invited David Walsh into the Sky inner sanctum for three months. What better than having the man credited with bringing down Lance Armstrong giving your team the stamp of approval?

Walsh wrote a book about his time with Team Sky. Whether Walsh knew it at the time, he was being used to give Sky a clean bill of health.

The second ace was Brailsford’s concept of ‘Marginal Gains’. He spun the story that Sky were better because they looked for every edge. Washing their hands properly. Travelling with their own bedding. Thoroughly cleaning equipment. Every 1% improvement was worth making. The reasoning? They collectively added up to make the team better.

It was the type of concept that management consultants, pop psychologists and keynote speakers latch onto. Such people included the concept in their books and speeches. An exciting new way to improve performance. The media was giddy about this revolutionary idea of marginal gains. A great story. The Team Sky mythology continued building.

Cynics rolled their eyes. As if no one had thought of getting a good night’s sleep, washing their hands or cleaning their bike chain before.

Today, Team Sky (or Ineos Grenadiers as they are now known) don’t look as squeaky clean as they once did. In 2016, Russian hackers exposed that Sky riders such as Wiggins and Froome were using therapeutic use exemptions (TUEs). Essentially doctor’s notes for existing medical conditions, to use drugs that were otherwise banned. A report by a UK government committee suggested Sky had crossed an ethical line and had used a corticosteroid  for performance reasons, instead of medical reasons to prepare Wiggins to race in 2012.

Among other clangers, Froome was found to have double the allowed limit of an asthma drug in his system, but later cleared. Banned testosterone patches were delivered to Sky headquarters in 2011. No one knows why or for who. Former team Doctor Richard Freeman claims they were for a coach. Before a recent UK General Medical Council (GMC) hearing into his conduct, Freeman claims he took the patches home and destroyed them. The GMC believes they were ordered for riders.

For a team focused on the details, Sky’s record keeping was outrageously poor. Freeman managed to lose or destroy three laptops containing medical records, one of which meant a UK Anti-Doping investigation into Team Sky ran into a roadblock. For all the fanfare, Sky’s legacy is not one of total transparency with zero tolerance for drugs.

David Walsh later admitted he never would have spent three months with Sky had he known about the sick notes for drugs. The idea of marginal gains? Those who’d been excited by the concept shifted their thinking.

There’s a theme here. Stories. There is nothing more powerful than a story to help change perception or convince us of something. Stories are a powerful way to push aside the need for evidence. When we are looking for some hope, the belief that things can change, or will be different, is alluring. The story says something has changed. We just need to believe.

Now is a dangerous time for many investors. People will say it’s because there is more uncertainty, and the outlook is more clouded. The future is no more or less uncertain than it has ever been. The future is always uncertain!

We are at a point where returns may be harder to come by. Ongoing stimulus will likely continue washing into equity markets. A great bonus for more aggressive investors, but the defensive parts of a portfolio offer almost no compensation. The most conservative investors will be the ones feeling it. That is the danger. Frustration will build. Nefarious types are aware of this.

A very conservative investor recently walked into our office. Conservatism was no longer working for him. He received a cold call with an offer. This conservative investor was suddenly mulling over the story of a promised double-digit return. He wanted to know what we thought of the story. We told him not to bother. A 1% return is better than a 100% loss.

Promises. Guarantees. Low risk. Higher returns. Safe. They are beautiful words, but all stories. Nothing has changed. The evidence says there is no higher return without increasing risk. There is no such thing as a guaranteed return.

Everyone wants to believe in a good story, but a weak moment can be financially ruinous.

Who is telling the story and where is their evidence?.