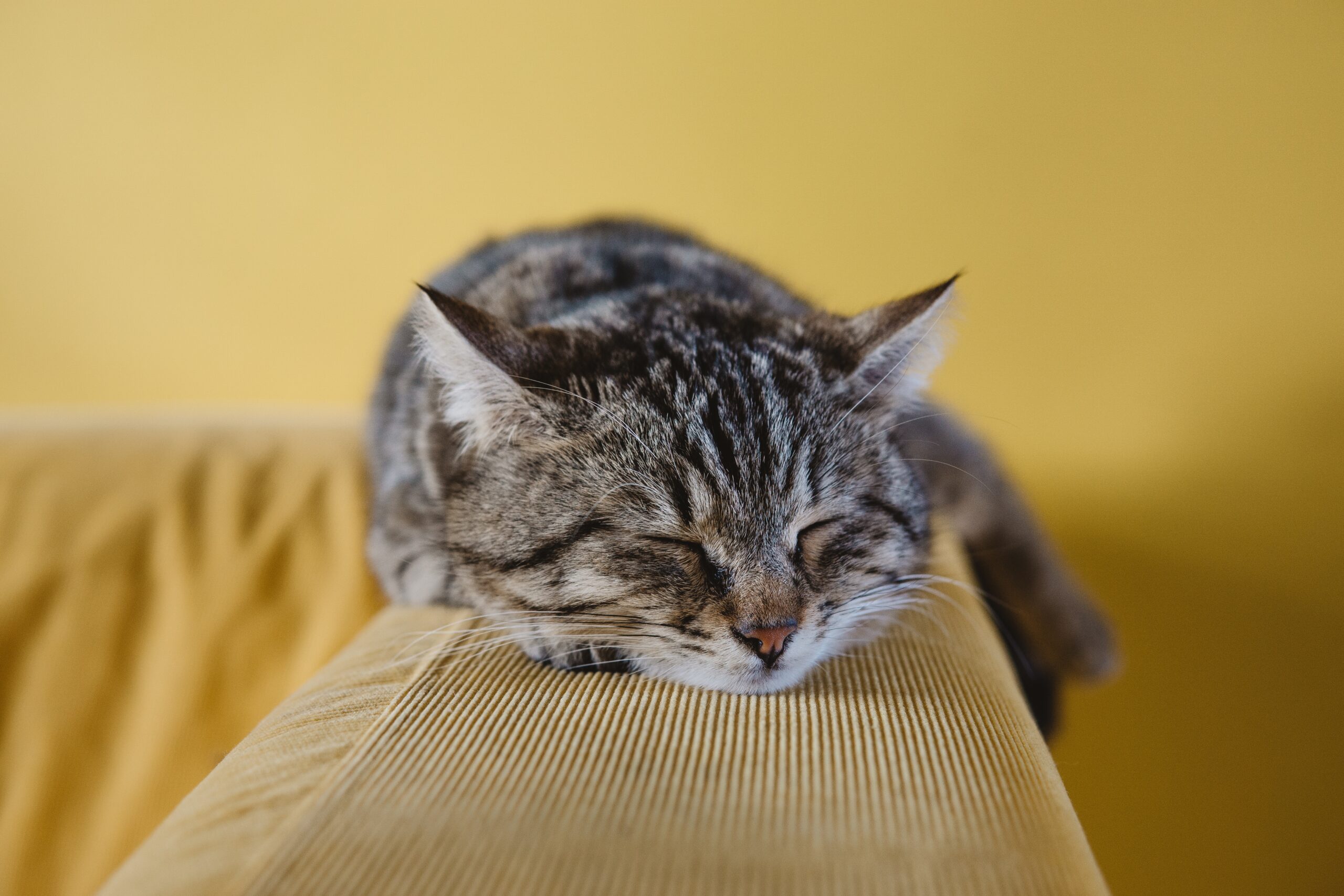 Hamilton, Ontario. It’s August 2021 and Canadian Prime Minister Justin Trudeau rolls into town for an election campaign speciality. Standing with a young couple near an under-construction house to announce a new policy aimed to help young people get into the market. Suddenly, a loud voice from the crowd cuts through the façade of the campaign speech.

“You had six years to do something. You’ve done nothing,” a young man shouts. “These houses are worth $1.5 million. Are you going to help us pay $1.5 million? Are you, buddy?”

The man is quickly cornered by Trudeau’s supporters and persuaded to leave by the local police. If the heckler was better prepared, he could have pointed out home prices in Hamilton had almost doubled from when Trudeau was first elected back in 2015 on a platform of housing affordability.

“It is necessary to prevent the stagnation of the social class, unblock the channels for upward social mobility, create opportunities for more people to become rich, and form an environment for improvement in which everyone participates, avoiding involution and lying flat”.

It all sounds understandable, until that last part. What is “avoiding involution and lying flat”?

In some ways it’s linked to the frustrated young homebuyer in Canada. Like in many countries, some groups in Chinese society have been hit harder by the pandemic than others. After believing the government message for years about hard work, all their toil hasn’t amounted to much as they’ve seen shelter prices run away from their incomes and they’re none too pleased.

It became especially hard to swallow for the millions who have slaved away in China “996” culture of overwork – meaning shifts from 9am to 9pm, six days a week – and still cannot afford a home, much less achieve a happy work-life balance. And an increasing number have lost the motivation to even try.

That last line sums it up because their response is doing nothing, literally.

The lying flat (or tang ping) movement is one where some young Chinese people are opting out of stressful jobs, not incurring material or lifestyle costs, avoiding marriage and children, and just doing enough to get by. Involution is the idea that more input doesn’t necessarily yield proportional output, in China it’s being termed as “the experience of being locked in competition that one ultimately knows is meaningless”. Working hard to keep the state happy when you don’t get ahead might be considered meaningless.

The pioneer of the movement was profiled in the numerous pieces earlier this year.

Five years ago, Luo Huazhong discovered that he enjoyed doing nothing. He quit his job as a factory worker in China, biked 1,300 miles from Sichuan Province to Tibet and decided he could get by on odd jobs and $60 a month from his savings. He called his new lifestyle “lying flat.”

Luo explained how he was living a low-desire, zero-pressure lifestyle without stable employment, while staying with his parents in Zhejiang province. When he was feeling up for it, he would travel three hours to Dongyang, Zhejiang, where the world’s largest film studio is located. He found work there that he considered perfect – acting as a dead body in movies.

Luo may have a sense of humour, but the Chinese communist party isn’t finding the movement funny. Prior to President Xi referencing it, the party had been trying to erase even the mere mention of “lying flat” from Chinese social media channels, lest others be encouraged to down tools.

While financial independence/retire early and minimalism themes have been gaining traction over the past decade, it seems the pandemic shifted a lot of peoples’ thinking across the world, or at least gave them more time to think about life and work. The evidence was there this week. Data was released showing there were over ten million vacant jobs in the US that employers can’t fill. In September, 4.43 million Americans quit their job and workforce participation is at its lowest level since 1977. In North America, this has been termed the great resignation.

The old tabloid media staple is people are lazy, don’t want to work, and are at home smoking jazz cigarettes while the rest of have our noses to the grindstone paying for their leisure. For a minority this might be true, but the internet is an interesting place away from the corporate signposted areas. There are a lot of clues that it’s slightly more complicated.

Firstly, before looking at what younger people are doing, more older people have retired. In the US average annual baby boomer retirements between 2012-2019 sat at 2.05 million. In 2020 it was 3.2 million. With market returns strong in 2021, it’s likely the figure will be well above the average again. That could be nearly 3 million additional people out of the US workforce in two years.

Then there are many communities of people online responding in different ways to the pandemic and work. It’s a significant behavioural shift in a short space of time. Some have looked at wages vs. house prices and have said “what’s the point?”. Some are strategizing other ways to earn money outside established employment. Others share tips on stretching their money further and living on less. Some are telling everyone to demand raises and increased benefits, basically unionising online.

A key motivation is working less because they don’t think work is working for them, but there’s also a movement of worker solidarity through social media that’s demanding higher pay and better conditions. When raises and better conditions aren’t forthcoming, the employees either quit or turn down jobs. Even Goldman Sachs thinks the movement might be dampening workforce participation.

How can people sit out of jobs? Like Luo Huazhong, some are living with their family. While multi-generational homes might be common in other cultures, in the west they have long been sneered at, but the pandemic led to people across all age brackets moving in with parents and other family members. While Pew research suggested 52% of 18-29 year olds were living with their parents in July 2020. It has likely dipped as the pandemic has eased, but this figure has been continually moving upward throughout the 2000’s. Shelter is a major expense, eliminating it while being prepared to stretch existing savings further increases time and choice.

With less people participating, the power is in the remaining workers’ hands. And they know it. A strike by John Deere employees in the US has seen workers become so bold they rejected a $8,500 bonus, an immediate 10% pay rise, 5% pay rises in years 3 and 5, with 3% cash bonuses years 2 and 4. Deere employees are looking at the company’s most recent $1.6 billion quarterly profit and saying, “you didn’t get there without us”.

Who will feel the most pain and is this coming to Australia?

Frontline retail and hospitality workers are generally some of the lowest paid with the least forgiving customers. They were also the first to land on the scrapheap when the pandemic hit. Many took the hint and decided to look elsewhere for their futures. Restaurants in North America are offering signing bonuses as many staff left for greener pastures. They now have to deal with employees who are prepared to live off the smell of an oily rag and won’t hesitate to walk if things aren’t to their liking. Restaurants are now telling diners to mind their manners while also offering further retention bonuses.

The John Deeres of the world might be able to afford eight grand bonuses and five years of guaranteed raises, but smaller businesses with shallower pockets will be the ones feeling it the most. Those needing to employ anyone under 40 are in for an interesting time.

As far as Australia, we’ll have to wait and see. There is already a shortage of workers in retail and hospitality. Industry lobby groups haven’t stopped screaming for the international border to open since the pandemic started, lest they have to increase wages. Some are now demanding the government pay a $1000 sign on bonus to help them secure staff! According to Linkedin, people are swapping jobs at higher rates compared to before the pandemic. While there are predictions this great resignation will begin in Australia sometime in the new year, some have thrown cold water on prospect of it happening at all.

Whether this is sustainable is the final question. It will likely only be a movement around the margins, but a few million people going missing around the world will continue to cause ongoing problems with sourcing labour, wage inflation and breaks in supply chains.

On an individual level, it will be harder to finance a retirement if someone has taken regular breaks and eaten into their savings on an ongoing basis. The flipside is they’ll genuinely know how to live on less. If you’re living in your parents’ house, it may be no worries if you’re an only child, but the complications it presents at a later time with other siblings will likely be significant. Maybe not a problem if you were born in China under the one child policy!

It’s a fascinating development. It will be interesting to see for how long workers will be singing this old country hit.