Men and women are different when it comes to money. Not the most outrageous statement. It’s something financial advisers who sit across the desk from the sexes on a daily basis have no problem telling you.

What are the differences? If you want to make it simple, women are about security and men are about freedom. That’s what money generally means to each. How does that work for them when investing?

A study earlier this year by Stash, a US based investment app, found that it works better for the women. Stash had quite a hefty data set to work with. 640,000 investors responded to their survey, two thirds men and one third women. Here 90% of women suggested they had a low or medium risk tolerance as opposed to 75% of men, but around 50% of women invested in high risk assets – the same figure as men.

The most interesting part of the Stash report was their user behaviour during the market correction earlier in the year.

The team examined user behavior on two particularly volatile days for markets in 2018—February 5 and 8—when indexes such as the S&P 500 suffered big losses, moving into correction territory. It turns out women acted more sensibly on turbulent days. When Stash dug into the numbers, we discovered that it was male users who panicked.

Whatever the men thought they could achieve isn’t clear. And maybe not all of them were panicked at all. That’s just the overall conclusion Stash came to, along with many others who’ve reported their findings. Many investors do want to protect themselves from further falls. Recency bias says they’re believing what’s just happened will continue.

Maybe it wasn’t panic they were experiencing.

There is a good possibility they were playing that even more irrational game of thinking they could time the market. Assuming the falls were the beginning of something bigger and that they could get back in at a lower price. Problem with that, even with the most recent correction, the low for the year is still February 8. Anyone thinking they could outguess the market and find a cheaper entry point never found it. 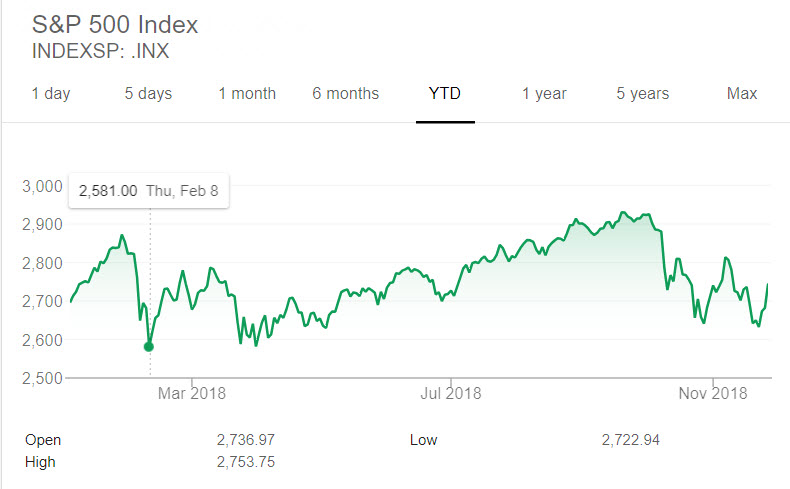 It’s only a suspicion, but the men’s behaviour likely had something to do with the number of times they checked in on their investment. If an investor is in an emotional state of mind and can press some buttons thinking it will make them feel better, they probably will.

Pressing buttons and checking in is not the goal.

So how can you resist the urge? We’ve had great feedback on this blog post about a man who shut off the news after Donald Trump was from elected. Of note, the man never checks his investment statements. One of our associates at FYG Planners used the blog post to help one of his clients resist similar urges. The investor couldn’t help himself but check his investments on a regular basis. He wasn’t planning to do anything, but just the process of logging in and looking at the market movements was affecting him.

Just had a review client who outlined when he looks at his investments every few days, if it’s down it stresses him a little bit. I explained reasons why again and how this fitted in with long term objectives etc. I discussed the “check in” and asked client if the result would be the same if he checked in every day as against once a year. After thinking about the question, he said “Yes it would”.

I then discussed Barry LaValley’s thoughts re – Negative Stress releasing chemical Cortisol and the effect on Blood Pressure, cholesterol, and his overall long-term health and longevity. As against Positive stress and being happy, serotonin & Dopamine etc. Principal being why is he checking in so often as it may just contribute to a shorter life span. His wife then said, “see I told you”.

Clients just left my office and asked me to cancel their online access to investments and they will “Check in” only at their annual review.

There’s no doubt if an investor is checking in on their portfolio every day the significance of any market movements will be magnified in their mind. Worse, if they’ve got the ability to make changes, they’re more likely to do so.

Women see to already know this, so we’ll leave the final message for the men.

If you’re a long-term investor, it’s important put random days or weeks in context. In ten years’ time do you really think the 8th of February 2018 will matter?