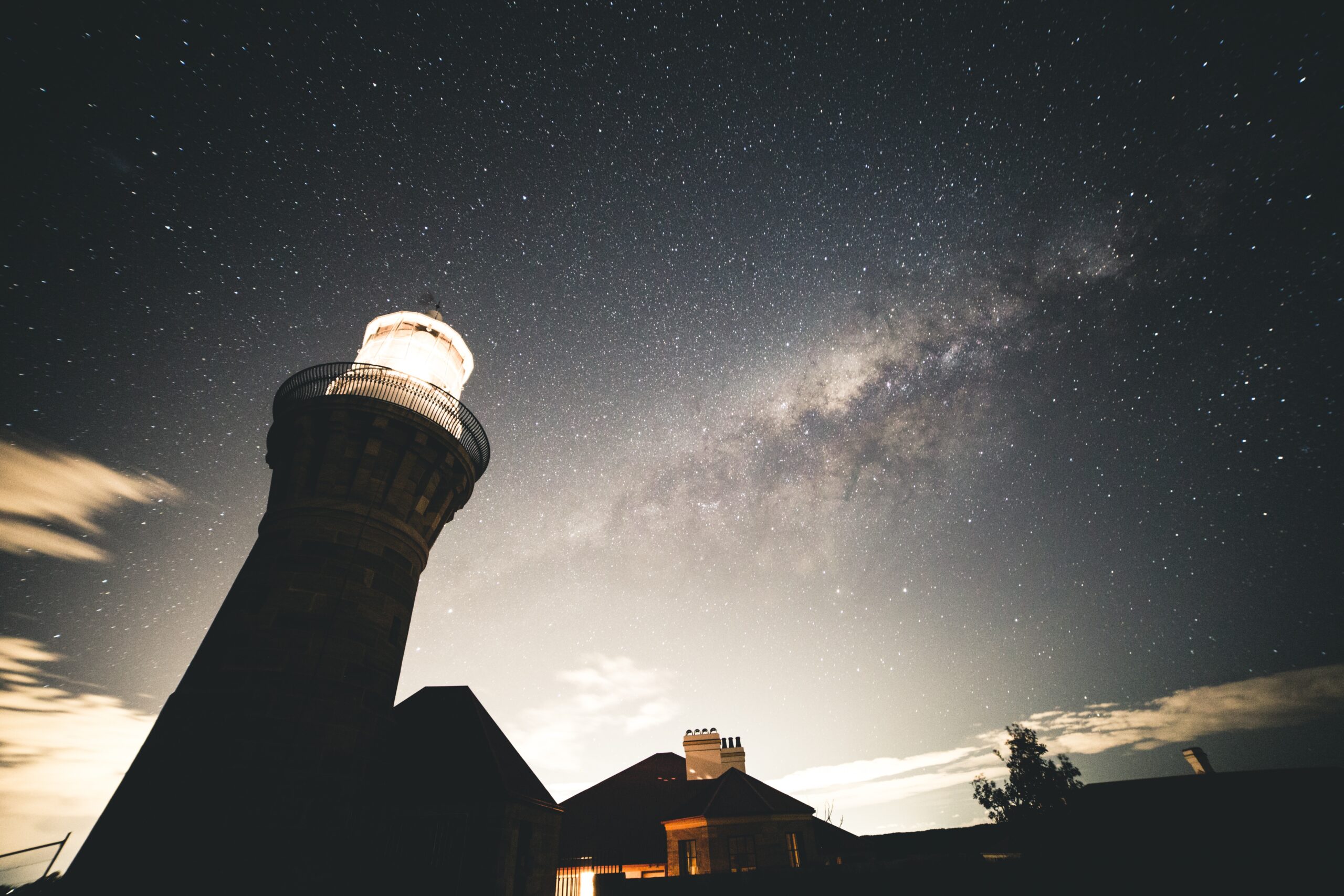 The concept of adviser alpha has been floating around for several years now. We talk about it on a regular basis without explicitly naming it, but we specifically discussed it back in 2019.

From an adviser context ‘alpha’ is essentially an excess return above what an investor may have achieved otherwise without an using an adviser. That’s the value the investor receives from an advice relationship. Various sections of the industry define adviser alpha (or adviser value) various ways, but from a high level these are the key areas:

Goals: has someone identified their goals and do they know the asset base and return required to achieve those goals?

Investing: does someone have the ability to construct and manage a portfolio that takes into account appropriate levels of risk to achieve the returns required to achieve their goals over a realistic timeframe?

Technical: has someone availed themselves of intricacies of the legislative system to take advantage of opportunities, avoid mistakes, maximise tax efficiency, along with keeping abreast of changes as they are legislated?

Behavioural: does someone have the ability to behave in the disciplined manner that long term wealth management requires?

They are listed from easiest to hardest in difficulty. Behaviour is the true wild card; it might be wanting to cash out at a market bottom or demanding to buy bitcoin at $60,000. It can be influenced by changes in family, employment or health, all while the media barks in the background. It can destroy any value created by the other three very quickly.

Tying these four together in one service is where adviser alpha sits. Then there’s the question of time. Does a person want to address these challenges themselves or pay someone else to address them?

While advisers offer a service that can provide alpha, the alpha truly resides with the client in the adviser/client relationship. The adviser can provide no benefit unless the client accepts and acts on advice or is prepared to listen to answers when they ask questions. Client alpha is the ability to accept and act on advice given. This is a genuine skill. It’s like the old proverb. You can lead a horse to water, but you can’t make it drink.

As we’re part of a licensee with 70 plus other likeminded advisers around Australia, we hear stories about advice/client relationships. Here are some recent ones we think are interesting and we’ll explain the reason at the end.

Story 1: A client called the adviser’s office on the 9th of the month to close an account for their children. Paperwork was prepared and the client visited the office to sign on the 15th of the month. The client’s ex-partner also needed to sign the paperwork. The ex-partner visited the office on the 18th of the month, a Friday, and signed the paperwork. The admin person in charge of the account closure was away and submitted it to the investment platform upon returning to work on Monday the 21st. The advisory firm’s job was complete.

Standard stuff. The time was elongated by a few days on the platform end due to it being an account closure and not a simple withdrawal. However, there’s a secondary timeline to this story, the client’s behaviour.

On the 28th, one day before the money landed in their account, the client called the office and berated a staff member suggesting the advisory firm “had embezzled” the funds. The adviser was with another client, but returned the call when free. The client was agitated, said the process took too long and demanded an end date. The client also said they’d talked to their accountant and lawyer who “reliably informed” them the process should only take 3 days. The accountant and lawyer were either misinformed by the client or don’t know an account closure takes longer than a sale. Either way, the adviser wouldn’t offer commentary on conveyancing or tax returns.

Upon confirmation the funds had reached the client’s account, a letter was sent to the client. They were now an ex-client. The adviser was switching off fees on existing accounts the person had. The adviser was not prepared to accept this behaviour and the relationship was over. They will now have to engage with the platform directly and be dictated by the platform’s timelines, like it or not.

Story 2: For several years an adviser has attempted to offer advice and solutions to improve the position of a client. The client barely engaged with the adviser. Happy to sign on as a client yearly, but do anything the adviser says? No. Investment rebalancing opportunities went by without action. Technical opportunities ignored. Insurance was reviewed, cheaper options were found. But the client never acted.

Money piled up in cash, eaten away by inflation while markets do what they do, generate returns. Fed up with the continual inaction, the adviser ran a rough comparison with an engaged client of similar age and risk profile. The unengaged client had underperformed the engaged client by 1.5% per annum. There was another 5-figure hit from not addressing their insurance. In financial terms, the client had cost themselves nearly $150,000 in recent years and that’s $150,000 less they’ll have in retirement.

This client will be sent a letter. They will be an ex-client. Why?

They’ve revealed themselves to be beyond help and ethically the adviser doesn’t want to charge this client fees anymore. Without action it’s only another cost piled on top of the money the client is already costing themselves. Professionally, it’s a frustrating and fruitless relationship for the adviser. They can easily outline a six-figure improvement had this person acted on their advice. Their time is better spent helping someone who actually cares about their finances.

The adviser reviewed the client files on the young man’s grandparents. In the early 2000’s they had nearly $850k for their retirement, but made ongoing withdrawals beyond the returns their portfolio was achieving. Then they decided to become property investors. Only 20% of their original asset base remained with the adviser when the GFC began. Over this period, they saw the same declines other investors saw. Their spending remained above what their liquid asset base could generate and was exhausted by 2011. The adviser has no idea what happened with their property investments, judging by the commentary of the grandson they didn’t appear to be winners.

We tell this story last because it’s one that links behaviour to reputational risk. The comments by their grandson showed they were telling people a financial adviser was the source of their woes. Had they stuck with their advised strategy they would have achieved an 8.01% pa return (before fees) since 2000. It was their own spending and strategy change that caused their financial woes. Such talk could have been very costly to the advisory business.

The clients in stories 1 and 2 have the potential to be as damaging. Number 1’s behaviour speaks for itself, it came from nowhere, but shows they are unpredictable. Number 2 is more benign, but trouble could be brewing. One day they might receive a statement, look at the measly return figure and a light bulb might go off. They may ask “why do I have an adviser and why are my returns so poor?” They’re unlikely to make the link between their own behaviour and their poor outcomes. Recriminations and blame will start. They move from frustration to headache.

It’s important to say the majority of clients are not like this and are genuinely appreciative and engaged. Advisers expect to get panics around markets. They expect to get legitimate questions about a variety of different topics and why they do the things they do. They want to ensure clients are fully informed and feel comfortable with how their money is managed.

Abuse, inaction, disregard, or blame, whether once tolerated because someone paid fees, are not likely to be tolerated much longer in Australia. There is something occurring in the background that most people do not know about. Financial advisers are disappearing. A few years ago, there were over 28,000 advisers in Australia. It’s now down to 17,000. At the end of the last financial year another 549 financial advisers left the industry. Some have forecast the figure will be 11,000 by 2025.

A line can be drawn back to the Banking Royal Commission. What began as a required clean up, has done that and much more. You might say it has turned into a purge. While plenty of duds will depart, some decent advisers will disappear too. The advisers who survive will be in huge demand and they won’t be able to help everyone. The other winners? Clients and prospective clients who have alpha.

The declining adviser numbers show a massive lack of capacity going forward. Client alpha, the ability to engage, accept and act on advice, will become a key component of any relationship. Advisers want to dedicate their time to clients who see the value in what they do. This will be at the expense of anyone who is disengaged, combative or a potential risk. Advisers will become much more careful about who they will work for.

In a final point, the outcomes for those unable to obtain advice won’t be good. The government has a mess on its hands, and it cannot right the ship now. It rightly addressed a large section of the financial advice industry’s extreme self-interest and conflict, but while doing so has pushed it towards extreme exclusivity. Many people will be cast adrift. There will be scoundrels watching from the shadows just waiting for it to all play out. Whilst we hope it’s not the case, investment fraud may become an even bigger problem in the future as the lack of advisers begins to bite.